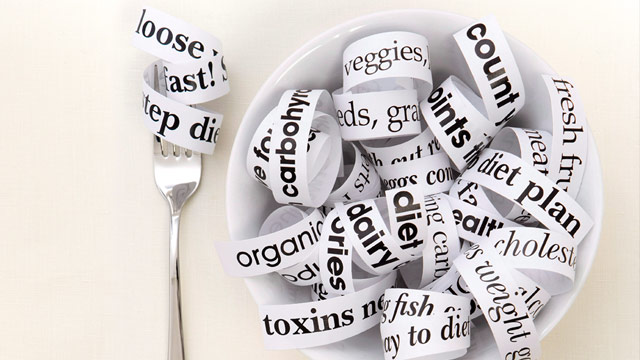 3 Fad Diets That are too Good to be True

Every now and then, a new study from health experts will pop out of nowhere and mess up the balance of nature among health buffs and fitness nutters.

Somehow, these studies often involve fad diets that it is now considered as common and natural that most people have tried and tested it their whole lives.

While some of these crazy diets work, most of them sound too good to even matter.

Unfortunately, it is ridiculous to realize that no matter how unrealistic the promises of these diets may be, those who wish to avoid working out or eating properly would rather try them than be stuck doing what they hate the most.

Here is a list of the top 5 fad diets that you may need to think about before trying them out.

With a promise of losing up to a whopping ten pounds, it is no wonder people would like to give this diet a shot.

It starts with a strict three-day diet of chemically compatible food such as fruits, peanut butter, meat, and vanilla ice cream with a packet of Stevia.

Then, there will be four days where the dieter can consume whatever food he wants as long as it is within the 1500 calories allotted dietary plan.

Besides the unexplained food choices, it has no scientific explanation to back up its claim. Created by Dr. Robert Atkins, this diet eliminates carbohydrates and sugars from a person’s diet. It relies mainly on protein to help fight weight gain and accumulation of fat.

While it is true that eating too much sugary and starchy carbs can make someone fat, there are healthy, complex carbohydrates such as wheat and whole grains that are actually good for the body.

Furthermore, a diet consisting mainly of meat can increase the saturated fats in the body leading to an increased risk of heart problems.

And yes, it may sound satisfying to eat steak at House of Prime Rib on a daily basis but eating a balanced diet with enough carbs, protein and healthy fat will be the best choice anytime of the day.

This diet states that a person can lose weight if he eats certain food items that are based on his/her blood type. It was created by Peter D’Adamo, a naturopath who uses alternative medicine to provide a healthier lifestyle.

It is based on a principle that the food a person eats react chemically to his blood type hence if he eats a type of food that is considered as the “right type”, then it can be easily digested by the body.

There is no scientific proof that can back up this claim and due to the restrictive nature of this diet, certain nutrients are not consumed.