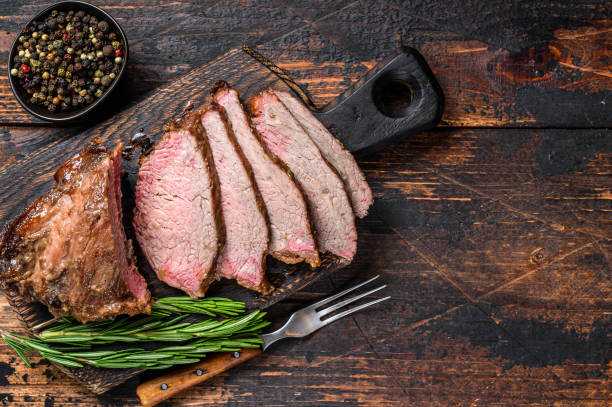 Chama Gaucha Brazilian Steakhouse: What You Should Know

Brazilian steakhouses or churrascarias are known for their generous offerings of all-you-can-eat barbecued meats prepared by gaucho chefs. It comes as no surprise then that these steakhouses are taking America by storm. And in the world of churrascarias there’s one that shines brighter than the rest – Chama Gaúcha. It first opened in 2008 in San Antonio Texas by chef João Carlos Ongaratto.

Chama Gaúcha’s goal is to recreate the cultural traditions of Brazil’s churrascaria scene, winning over the hearts and bellies of meat lovers. There are 3 Chama Gaúcha locations in the US but unless there’s one in your city, you probably aren’t aware of the finer details of this restaurant.

“Chama” is a Portuguese word that means “flame,” a nod to how barbecue is typically cooked over an open pit in Brazil. The word “gaucho” pertains to cattle-herding cowboys who roam the countryside to find cattle that will be used for communal barbecues. Gauchos have also become legendary for living the high life, including preparing delicious rustic meals. Today, it’s used to refer to specially-trained Brazilian chefs who cook and serve all fire-roasted meats in Brazilian churrascarias.

Brazil’s national cocktail is the caipirinha, which is a mixture of lime juice, cachaca (liquor made from fermented sugarcane juice) and sugar. Some say it’s similar to margarita, but it’s not. Others say cachaca is like rum, but rum is made from sugarcane byproducts (molasses), while cachaca is made using sugarcane itself. Rum is sweeter and cachaca has a more herbaceous and earthy flavor profile. At Chama Gaúcha its signature drink is the caipirinha.

The owner was trained at Fogo de Chão

Brazilian chef João Carlos Ongaratto once worked at another well-known churrascaria Fogo de Chão for more than 20 years. But what makes Chama Gaúcha different? First, the feel of the place – there’s a lot of emphasis on creating a warm and inviting atmosphere here.

Brazilian steakhouses are well-known not only for the meats, but also for their salad bars. Chama Gaúcha features a diverse salad bar with a range of various items, including cured meats, specialty cheeses, olives, fresh vegetables, asparagus, peppers, and a lot more.

In true form, Chama Gaúcha offers 12 cuts of meat focused on the gauchos’ historic favorite: beef. Picanha, a sirloin prime cut, is its house specialty. Other beef offerings are: fraldinha, filet mignon and ribeye. They also have pork called porco — a rack of ribs or loins with parmesan seasoning. They also have the cordeiro (lamb), filet mignon e frango —chicken or beef wrapped in cured pork belly, and frango e linguica, marinated pork sausage and drumsticks.

Chama Gaúcha uses high-quality USDA Prime meats and ages them for at least 45 days before seasoning. Aging slowly draws moisture out of the meat, dramatically concentrating its natural flavor profile. By aging all of its meats Chama Gaúcha improves the flavor of its Brazilian barbecue even more.

Recently Chama Gaúcha was awarded the best Brazilian restaurant in the Chicago area because of its stellar ingredients and great service. In San Antonio Chama Gaúcha came in the first place amongst steakhouses in 2021 for the third year!

Here’s a video sharing tips on what to eat in a Brazilian Steakhouse: