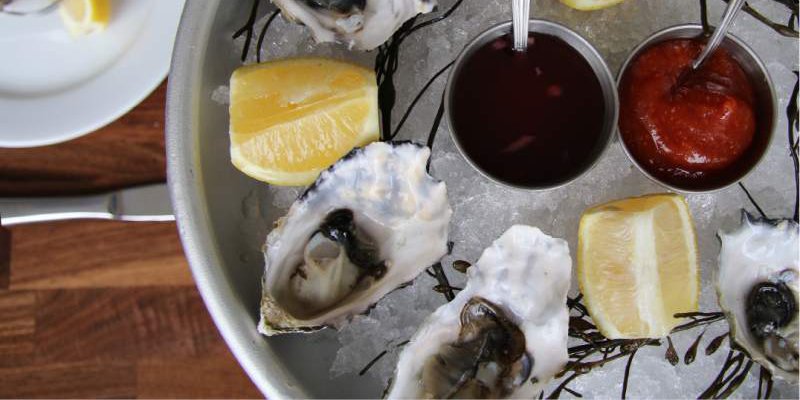 Oysters are likely to be the king of buffets, such as the ones at the Bellagio or Caesar’s Palace, for good reasons. The seafood has a tasty, sweet and succulent flavor that makes it such a joy to pair with wine, preferably champagne.

But oysters can be such tricky food to eat. Their thick, rough and irregular shells can be challenge to deal with, especially when you’re so hungry eating everything becomes tempting. Never fear because we have you covered.

Oysters can be served raw or cooked. In both instances, you should be careful about the sharp edges of the shell. There’s no sense in getting hurt when you can enjoy their aphrodisiac qualities,

When served raw, oysters are usually served on their half shells. These are then placed on a bed of cracked ice to preserve their freshness without freezing them.

While fresh oysters can be eaten as is, you will get more flavors when these are paired with lemons or pepper. You can even pair it with a little hot sauce, if you’re into it.

There are two methods of eating raw oysters from their half shells. First, the more formal method:

Be as quiet as possible when sucking the oyster from its shell. You may want to express your happiness with the oyster’s fresh taste but that’s not the way we do things in America.

Loudly slurping on your soup is acceptable in many Asian countries as a sign of your pleasure in the food. But this isn’t the case with oysters here, especially not in gourmet restaurants.

Be careful about slurping the loosened flesh from its shell, too. Getting your gums hurt by the ragged shell isn’t a walk in the park, not even when oysters have aphrodisiac qualities.

Eat cooked oysters with either a fork or a spoon. This is easy since the seafood has been removed from their shells before cooking. The food can be served in a soup or with sauce.

And enjoy the oysters! Life’s too short not to enjoy these pearls of seafood cuisine.