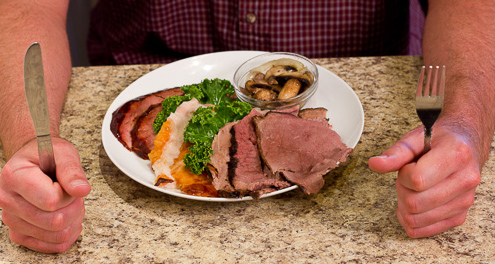 What You Should Know About the Chuck-A-Rama Buffet

When you feel like stuffing yourself full, nothing beats American comfort food to get the job done. This is why Chuck-A-Rama Buffet is one of the most popular all-you-can-eat restaurants in Utah as it offers the best food at the right volumes in the area. This chain serves homestyle dishes that will make you feel all warm and fuzzy inside in no time.

Chuck-A-Rama was opened in 1966 by Don Moss, Alva Greene, and Wayne Chamberlaine. They may not be the pioneers of the all-you-can-eat diners in the state, but they managed to deliver what the area wanted and the restaurant proved to be a very successful venture. People lined up for tasty homestyle meals and continued to do so for the following five decades more.

Another notable thing about Chuck-A-Rama is it’s name. It actually came from Don Moss, who had the idea to name the restaurant after the chuck wagon, which was a field kitchen where people cooked their meals on Old West cattle drives. It was combined with the idea of the Scout-O-Rama, which is also something dear to Moss’ heart. Today, it makes up for a unique and attention catching moniker that people easily remember the restaurant with.

The most important thing you need to know about the Chuck-A-Rama is that it is a no frills restaurant. It’s a lot like other buffets where you pay upfront and grab your own food from the spread. They also have servers available in case you need assistance and additional items for your meal.

While they serve American homestyle food, you don’t have to worry about having to eat the same dishes over and over again if you intend to frequent this place. They make sure that diners always sample something different no matter how often they visit with their varied daily menus. They have a different theme for each day of the week, which is one of the reasons why some people opt to dine there multiple times in a week.