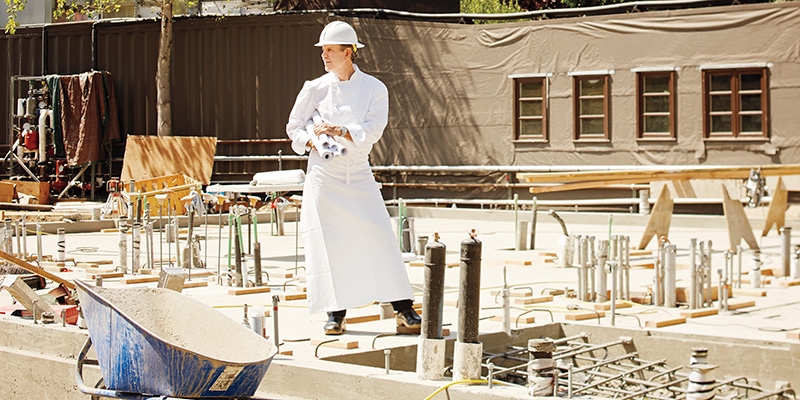 The French Laundry: Reaching for the Gourmet Stars

The French Laundry is considered as among the best French restaurants in the United States, if not the world, considering its three-star Michelin rating. Such is its renown for gourmet food unlike any other in the restaurant industry that food critics, such as Anthony Bourdain, and food lovers alike are not provided with VIP treatment – everybody has to make a reservation, which is akin to the Holy Grail of reservations.

How does The French Laundry continually reach for the stars? Here are a few fun facts that you may want to know while waiting for your reservation to be approved – and it may take longer than in most French gourmet restaurants.

The Rule of No Repetition

Perhaps more than any other aspect, The French Laundry is known for its rule of no repetition wherein a single ingredient can only be featured once on each night’s menu. Thomas Keller originated the rule although it’s the restaurant’s culinary chef de cuisine who oversees the process of creating and executing two distinctly different nine-course meals, priced at $25/person.

As a privileged diner, you will love that each dish and dessert presented by the waiter is filled with deliciously unique flavors that eating everything is a must. You may even appreciate the sophisticated level of knowledge and skills required in the preparation of your meals, which Keller has referred to as “the dance” in the famed restaurant’s spotlessly gleaming kitchen.

Every employee of the French Laundry know better than to come to work with less enthusiasm than required – or to put it another way, to hit the ground running. Cooks, for example, are given a slim binder containing a cover letter outlining Keller’s expectations including cleanliness, humility, and initiative as well as a strong work ethic and a love of repetition.

If you were so lucky as to get a good glimpse of the kitchen, you will find that the chefs are all clean-shaven with spotless white chef’s uniform. The kitchen itself has gleaming surfaces from the windows to the countertops and stovetops, in stark contrast with other restaurant kitchen. You, as the diner, have the assurance that whatever dish was presented by your waiter was created in the most hygienic conditions possible.

It’s no wonder then that The French Laundry is always filled to capacity – a predictable 74 diners every night – regardless of the weather, whether it’s in the dead of winter or the height of summer. Add in the fact that the restaurant actually owns and operates a 3-acre garden for its fruits, vegetables, and herbs, which is just down the street, and you have every reason to be patient about that hard-to-get reservation.