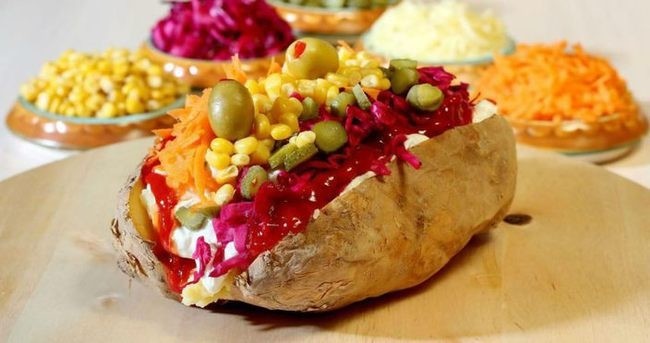 Our Favorite Street Foods in Turkey

When you’re visiting another country, it’s not just about checking out the tourist spots. It’s also about enjoying the local cuisine, and we sure enjoyed the food we encountered when we were in Turkey.

True, there were plenty of great local restaurants, such as Köfteci Yusuf and their magnificent meatballs. And when we were feeling homesick for good old American fast-food, there was always a McDonald’s around.

But what really got us going were the street foods, which were unlike anything that we could easily find back in the US. They’re often quite inexpensive, so you get to try a lot of them. Plus, they’re very convenient when you’re walking around the town checking out the sights.

Here are some of our favorites among the Turkish street foods we tried out, and you have got to try them too, if ever you visit Turkey.

This treat comes from the southern parts of Turkey, and it’s especially popular in Mersin City. But you can find it everywhere in the country.

It starts with thin slices of beef that’s been seasoned with various Turkish herbs and spices. It’s then usually cooked with tomatoes and onions. In fact, there’s even a specially designed tantuni pan with an indentation in the center for quick cooking.

The traditional method of serving tantuni is to have it wrapped with the lavash wrap, along with the parsley and raw onions sumac mix. But you can also enjoy this on lavash bread.

You can find tantuni in various restaurants as well, though the taste may differ slightly depending on the chef. Everyone has their own “secret” technique for preparing tantuni, so the tastes are never quite the same each time.

You’ll find this in a lot of food stalls and kiosks along busy streets, and you won’t believe how inexpensive it is considering how good it tastes.

This features a whole baked potato cut in the middle along the length. It’s usually a large potato, baked with the skin intact.

Then you have a variety of toppings inside, usually consisting of kasar cheese, butter, pureed potatoes, different veggies, and various sausages and salads.

We first encountered midye tava as an appetizer in a restaurant. But we found out that we can also get it from food stalls, which was great.

It’s very common especially in seaside neighborhoods, since we’re talking about mussels here. Basically, midye tava is a snack that features fried mussels on a stick. They’re crispy and full of flavor, and a delicious treat while walking around enjoying the sights.

They first have the mussels battered, and then they’re deep-fried in a huge metal cauldron. You’ve got hot oil in the middle of the cauldron.

This cauldron also has a wide rim to accommodate the sticks, and for easily draining the excess oil. The cauldron also keeps the mussels warm as they’re offered in the streets.

Once you get a stick of these mussels, then you only need a dash of salt, along with some tangy tarator dipping sauce.

We found this cigar-shaped deep-fried pastry in street stalls, though they’re common enough in restaurants and specialized boregi shops. These are actually quite famous treats, and plenty of our Turkish friends enjoy it.

You basically have small, crispy rolls of thin dough, shaped like a small cigar. Traditionally, they use sheets of thin yufka dough, but some varieties use the thicker phyllo dough.

Inside, you have creamy stuffing consisting of cheese and parsley. Sometimes there are eggs as well. They spread the cheese on the dough that’s shaped like a triangle, then they roll the dough into the famous cigar shape. Then they fry the rolls, and after that, you have a crisp outer layer with a nice, soft filling on the inside.

The cheese-and-parsley combination is traditional, but these days, there are lots of versions for the adventurous. Some might feature feta cheese. Others may add spinach, leeks, and potatoes. You might also find refreshing versions with fresh herbs like dill or mint.

We even tried this with scotch, after having a nice dinner. The cheese sure went nicely with the smokiness of the whiskey!

Street food in Turkey is fantastic, and no day is complete without trying one of the food stalls and seeing new stuff to eat. They let enjoy the food as you walk around the town or city you’re in, so you’re always enjoying yourself!