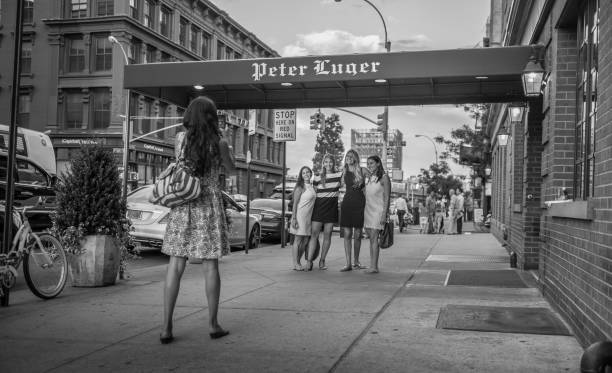 New York City is known for Broadway shows, iconic buildings and good food. Next to pizza joints and bagel shops, people also come here for the steakhouses. Check out our list of the best steakhouses in New York:

Established in 1927, Gallaghers Steakhouse started as a speakeasy and became a steakhouse in the ‘30s. It was bought in 2013 by Dean Poll, a restaurateur from Long Island. He kept the meat cooler of the restaurant which is visible from the street. The steakhouse is also one of the few left that uses charcoal for grilling. It boasts one of the city’s best prime rib.

This is an all-you-can-eat Brazilian steakhouse that features waltzing servers carrying spits of meat that they slice tableside. You pay a fixed price to get unlimited meats including steaks, sausages, beans, fries, rice and salads.

This is a French bistro with its own butcher shop. They serve tender beef jerky, Uruguayan grass-fed entrecote, buttery roast chicken, and their best-seller, the $59 butcher’s cut known as La Surprise.

Smith & Wollensky continues to be one of the best beef houses in NYC. The ambience is a classic, refined look and they serve perfectly cooked dry-aged steak. Their signature dish is the Colorado rib steak as well as the prime rib, which happens to be among NY’s very best.

You’ve probably heard of this place. It was where Paul “Big Paul” Castellano of the Gambino family mob was murdered in 1985.

Keens started in 1885 and this steakhouse in Midtown was once home to a well-known theatre group and eventually to a pipe club. Order the mutton chop or the prime rib hash.

At Skirt Steak, there’s only one item on the menu – the skirt steak. It currently holds the title for the cheapest steakhouse in New York. You basically pay $30 to get a steak meal with salad, bread and fries.

This chic restaurant chain is based in London. It opened in NY in 2021. They also cook their dry-aged steaks using charcoal. The prices of steak are on the expensive side but if you’re on a budget, you can get a rump cut steak for merely $28.

When you think of a New York steakhouse, what usually comes to mind is Peter Luger. The South Williamsburg restaurant opened in 1887 and remains very popular to this day. The dry-aged porterhouse is the signature dish, but you can also get the bacon and lunch-only burger which is equally famous.

Andrew Carmellini opened a restaurant in Pier 17 in 2021 with his own unique take on Italian-American chophouses. Diners can sample mozzarella sticks paired with caviar, spicy crab lettuce cups with chile, arancini with California uni, and all sorts of dry-aged steaks, smoked beef steaks and roast prime ribs. We recommend the $115 wagyu steak, which has been aged in a shell of gorgonzola.