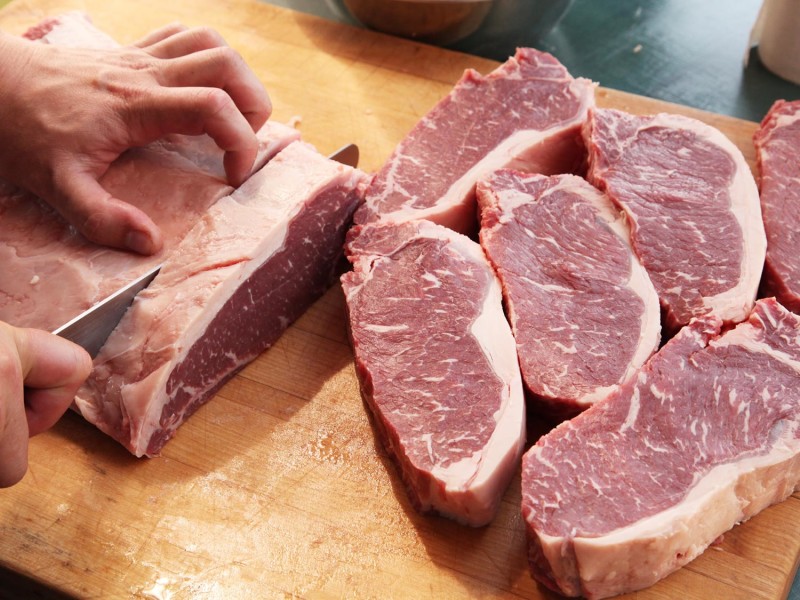 Know Your Steak Cuts Before Cutting Into Them

Steaks are among the most favorite meats of Americans. Indeed, the sensual satisfaction of cutting into beef oozing with its juices, enjoying its melt-in-your-mouth texture, and following it with wine and sides cannot be beat so easily.

But before ordering your order of steak complete with the sides at Morton’s Steakhouse, here are the steak cuts that you should know first.

Your enjoyment of steak will be better for it, too, since you have more information about what each cut tastes like in relation to the others. This is among the richest and beefiest cut available because of its relatively higher fat content.

In a rib eye steak, the textures vary between the parts, too. Its central eye tends to have a smooth texture while the spinalis section has more fats and looser grains, which makes it one of the tastiest quick-cooking cuts.

The butcher cuts the steak toward the rear end of the steer specifically in the short loin primal.

Strip steak usually has a tight texture coupled with definite grain pattern, which means it can be moderately tender with a bit of a kick.

It also has a strong beefy flavor, good marbling pattern, and with no large pockets of fat, thus, its popularity in steakhouses.

It is best grilled, broiled, and pan-fried because of its easy-to-cut, easy-to-cook yet flavorful character.

Also known as filet mignon, Tournedo, and Châteaubriand depending on the specific area where it was cut, tenderloin steak comes from the tenderloin’s smaller tapered section usually closest to the rib primal.

But because of its low fat content, tenderloin cuts have a tendency to cook faster and to dry out easier, too.

Pan-frying coupled with basting with butter will contribute to its more intense flavors especially when paired with compound butters or flavorful sauces once served on the plate.

Which of these steaks do you like best? You can eat each cut one at a time and then make a decision – or better yet, order all of them for life is too short to play favorites when it comes to steaks.