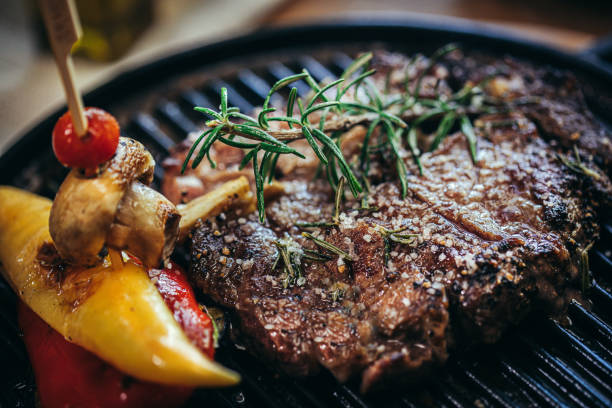 Top Reasons Why There are Fewer Steakhouses Today

The story of the Ponderosa chain steakhouse restaurant brand seems indicative of how steakhouses as a whole are doing these days. Back in 1989, they had almost 700 restaurants. By 2003, there were fewer than 400 locations. As of last count (October, 2022), only 17 locations remain.

It can be argued that many steakhouse brands are still operating such as Morton’s Steakhouse, and some are quite successful. But the fact remains that there aren’t as many steakhouses these days compared to 20 years ago.

Here are some possible reasons to account for this:

It didn’t help that there was a global financial crisis (known as The Great Recession) around 2007 to 2009. And then the Covid pandemic didn’t help, either. People are watching their budgets, and steaks aren’t really good for living cheap.

Beef prices are simply rising, and many consumers find steak dinners at around $90 to $120 per person as just too expensive.

First off, there are more vegetarians and vegans these days. Up to 6% (or more) don’t eat meat according to some estimates. And those who do eat meat tend to favor chicken or hamburger beef instead of steak.

That means steakhouses are just out of the question for them. In fact, many of the surviving steakhouses these days thrive because they added vegetarian and vegan options in their menu.

Millennials also prefer to go to restaurants that subscribe to “ethical” and “sustainable” ingredients. Some steakhouses don’t bother, and fewer millennials go to these places. Even meat-eating young adults are concerned about animal welfare, and some slaughterhouses and factory farms are simply terrible.

Finally, young adults these days prioritize speed and convenience over spending a few hours over a terrific steak meal. They want pickup and delivery options, and those aren’t usually available options for premium steakhouses.

Millennials are also big on “healthy living”, which means steaks are also problematic dietary choices. Red meat like steaks have been one of these food items that have been consistently considered as bad for the health.

It’s challenging to enter a steakhouse and eat healthy. It’s too easy to load up on too many calories, saturated fat, and sodium. And with so many Americans these days overweight and dealing with high blood pressure, a steakhouse seems like a bad place to visit.

The American Heart Association does say that you can limit yourself to 5 ounces of red meat a day, and that’s alright. But 5 ounces of steak is similar to the size of a deck of cards. That’s hardly filling. Sure, you can go with 24 ounces of steak and that’s it for the week. But some people aren’t aware of this at all.

It’s true that steakhouses are unlikely to disappear completely. There are still plenty of steak lovers out there. But you’ll find steakhouses in fewer places, because there aren’t as many steak lovers as there were before.