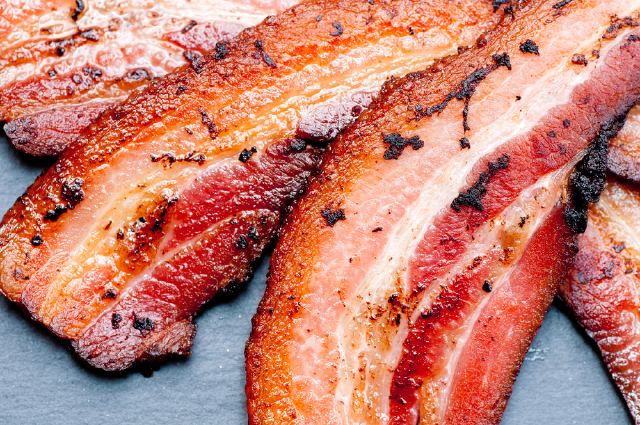 To Eat Or Not To Eat Undercooked Pork

Most Americans will recoil at the thought of eating undercooked pork. This is true even when it’s in fine dining steakhouses like Peter Luger. But is there a valid reason to avoid undercooked pork?

Yes and no – and we explain in the next sections.

Yes, undercooked pork shouldn’t be eaten under a few circumstances. If you’re eating pork from questionable sources, then you should be worried. You’re at risk for contracting Trichinella spiralis, a parasitic worm responsible for trichinosis.

This isn’t just a worm-related disease either. Trichinosis can be fatal because the worms cause intense muscular pain, weak pulse and blood pressure, and damage to the heart, kidney, and lungs, among others. The first symptoms, such as diarrhea, vomiting and sweating, can be dismissed as a stomach bug but after 10 days, these will worsen.

The parasitic worm usually enters the pig’s body when it eats scraps of meat with the larval cysts in it. For this reason, domestically-reared pigs have the highest risks of contracting the worm and, subsequently, passing it to humans when their meat are undercooked.

This isn’t the case when pigs raised in industrial pig farms for several reasons. First, the pigs are fed with a controlled diet of fodder, among others in a modern swine nutrition system. These animals are fed with just about anything, thus, virtually eliminating the risk of feeding them with scraps containing the parasitic worm.

Second, the pigs are raised in controlled environments where rigorous control measures are implemented. These measures apply from the breeding of the pigs to their slaughter, including the testing of the pigs’ diaphragm to detect the presence of the parasitic worm.

With that being said, you can eat undercooked pork! But there are steps that must be followed to enjoy your pork tartare without putting yourself at risk.

Why eat undercooked pork, anyway? You will find that it has more flavor than your usual pork – think of it as medium-rare steak and you get the idea.