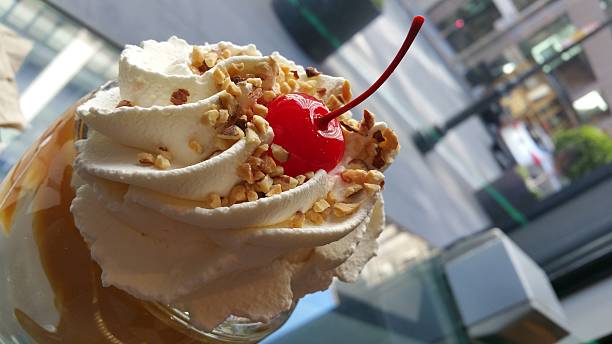 Having visited Argentina and developing a fondness for the ice cream at Grido Helado, one of the first things I did coming back to San Francisco is to find the best ice cream parlors around to satisfy my frequent ice cream cravings.

So, if you’re visiting (or living in) San Francisco and you have a definitive taste for ice cream, then you should know about the following ice cream parlors:

This has been around since 1982, and it’s a popular joint in Parkside. It even started a second location in San Jose in 2015.

The Marco Polo name is apt in this case, as the renowned explorer supposedly introduced Italy to the joys of ice cream from China. And in this ice cream parlor, the specialty is ice cream in Asian flavors, oozing with creaminess like gelato.

The flavors include black sesame, green tea, and lychee. You can even try the notoriously malodorous durian in ice cream form, and realize why the taste of the fruit beats the awful smell.

Located on San Jose Avenue in Bernal Heights, Mitchell’s Ice Cream has been attracting long lines for its ice cream since it opened in 1953. The place sure has plenty of exotic flavors for fans to try. If you’re a fan of Mexican flavors, then you can go with the Mexican chocolate or the horchata ice cream. You can also try out the Peruvian yucuma taste.

If you have a hankering for Filipino flavors (San Francisco has plenty of Filipinos), there are 2 coconut flavors for the ice cream, along with the ube ice cream with its distinctive bright purple hue.

You can find this parlor on Harrison St., and there’s also a location in the Ferry Building. The ice cream parlor is famous for their constant experiments with their ice cream flavors, and some of the results can be downright weird though yummy in their own way.

For a while now, their most intriguing flavor is what they call “Secret Breakfast”. The flavor is certainly interesting, as it combines cornflake cookies and Jim Beam bourbon with regular vanilla.

Other popular options include mushroom ice cream, cheese, and even prosciutto ice cream.

Visit Noriega St. and you may just stumble upon the iconic Polly Ann Ice Cream. It’s been selling ice cream since 1950s, and it remains popular over the years. While the place does offer comfortingly familiar flavors like mint chocolate chip and Rocky Road, you can also encounter various Asian flavors such as jasmine, lychee, and also the notorious durian.

The place has more than 500 rotating flavors available, so it will be a long while before you try a flavor you’re already tried before. If you’re undecided, you can let fate decide for you—there’s a spinning wheel here that can decide the flavor you should get.

This place used to be known as Mr. and Mrs. Miscellaneous Ice Cream Shop, and it was famous for its rather unusual flavors. The name is the only thing that changed, as there are still plenty of interesting new flavors for the adventurous. There’s the ube snickerdoodle ice cream, or the more sedate ube doodle. And if you want a magical flavor, try the Butterbeer ice cream made with butterscotch and cinnamon whiskey.

Go to 20th St. in the Mission District, and find this iced cream flavor if you’re in the mood for more ice cream adventures. They (Garden Creamer) offer chimney cones that resemble churro. They make it by baking sweet yeast dough and then covering it in cinnamon sugar.

Some of the flavors here are based on Hawaiian flavors, and there are some non-dairy options as well. Other intriguing flavors include Thai tea, salted plum, Manila and Mexican mango, black sesame, and even matcha with toasted rice.

This place is the ultimate sweet shop, with cakes, sundaes, floats, and various baked goods to go with your ice cream. One cake you have to try is their colorful rainbow cake with a side of some ice cream. Or, you can try the Yass Queen ice cream—which has little bits of rainbow cake in it!