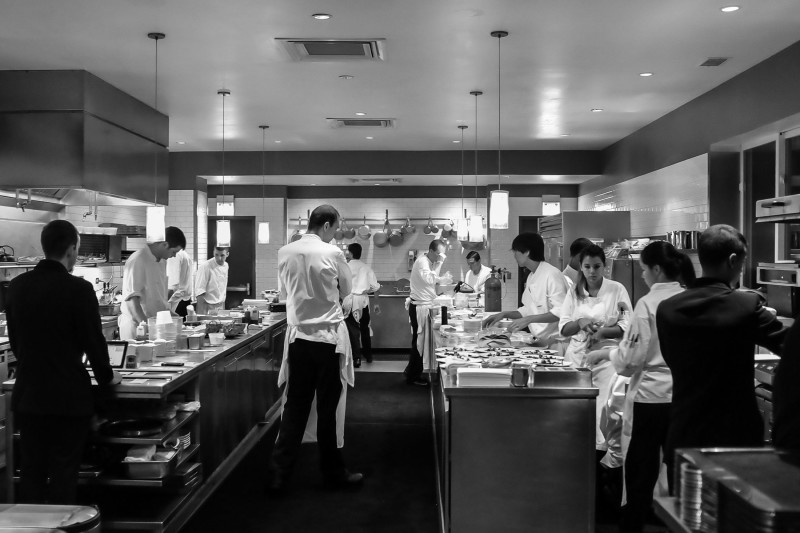 Alinea Steakhouse is ‘Best Restaurant in the World’; Sets Pop-Up in Madrid With Unique 13-Course Menu

For the fourth year running, Chef Grant Achatz’s three Michelin star Alinea Steakhouse is named the ‘Best Restaurant in the World’. This is according to Elite Traveler, a luxury magazine that publishes in ranking the top 100 restaurants in the world based on votes of fans and diners.

Chef Achatz is known for his eccentric gastronomical creations using unique and one-of-a-kind features such as edible tablecloths, taffy balloons, and chopsticks made from Cinnamon barks.

He acts as the Executive Chef of Alinea since it opened in 2005, defying all odds even after being diagnosed of stage 4 tongue cancer.

Fortunately, Chef Achatz was brave enough to try on innovative treatment that the University of Chicago offered. Seven years later and after undergoing chemotherapy with radiation, he is now cancer-free and looks fit and healthy.

Maybe the gift of life has made Chef Achatz look forward to the future as he and his team decided to close his Chicago-based restaurant and embark on a four-week residency in Madrid. The month-long road show will begin at DiverXO in collaboration with David Munoz. The second week will focus more on Alinea’s collaboration with Hotel NH Collection Eurobuilding. Finally, Chef Achatz will end the Madrid residency with what he knows best and that is to open an Alinea Madrid.

Rumors of another month-long residency, this time in Miami, is also in the works although Chef Achatz did not yet reveal the details. Unfortunately, the New York and London road shows may not be happening anytime soon.

Chicago fans of the restaurant need not be fearful that their beloved Alinea will not come back home. According to their website, the restaurant will just be undergoing an extensive renovation to give way to an entirely different and improved Alinea in April 2016.

At almost $300 per person, the Alinea Madrid pop-up was sold out the minute tickets began selling. Described as an homage to 1980 Chicago, Spanish newspapers are calling Chef Achatz’s meals as “playful and hedonistic”.

Diners are given champagne with iced celery and a gelatin bite reminiscent of Chicago-style hotdog, scallop with gazpacho, conchafina in garlic and squid served with tubed lemon grass infusion, and osetra caviar with pulpo for starters.

It is followed by a red mullet miro-esque version of France’s bouillabaisse, shrimp and sea bass ceviche with coconut, tapioca and leche de tigre, and a delicious crab-shrimp-siam sunray tempura.

Then a collection of extraordinary cuisine followed, with the mushroom and herbs graffiti, hot potato in truffle butter, an explosive Wagyu tenderloin, Parmesan ravioli with black truffle, and a magnificent bacon sheet with butterscotch, apple and thyme.

Lastly, each diner is treated to a candy apple balloon and a grand milk chocolate abstract painting “fit for the Picasso of sweet tooth aficionados”.