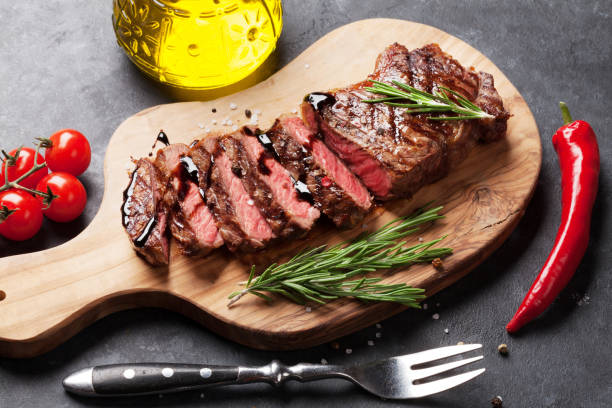 Enter a Morton’s Steakhouse, and they have lots of butcher cuts available for you to try out. But what’s the difference between a tenderloin and a porterhouse? Should you go with a New York Strip, or stick with the filet mignon? Which are the best cuts for steaks?

This is, of course, a matter of opinion, and there’s a lot of contentious debate regarding the ultimate best cuts of steak. But to help you out, here are some of the more popular cuts of steak that you really have to try at least once:

This is one cut of steak that’s often a featured part of a steakhouse menu. It’s from the larger end of the short loin. It’s usually boneless, nicely marbled, and features some prominent pieces of fat on the edges.

The beef flavor here is a lot more intense than usual, at least when compared to the ribeye. But the NY Strip isn’t exactly known for its tenderness.

This lean cut (Flank Steak) comes from below the loin and sirloin along the abdomen of the cow. It doesn’t have a lot of fat, so you won’t have to use up too much time and effort trimming off the fatty pieces.

It’s also not the most tender of steak cuts, since it has lots of muscle fibers and connective tissues. But you can use high heat to cook it quickly, and you should always cut against the grain to preserve the tenderness.

But this sure has a lot of beefy flavor, and that even truer with a good marinade.

As you might have guessed from its name, this cut comes from the very center of the rib of the cow. It usually has lots of marbling, although the flavor tends to be milder compared to the other cuts. But you have this singular buttery taste that you might appreciate. Also, this steak is very juicy and tender, and some people say that it’s so tender that it melts in the mouth.

This is usually served boneless. There’s a bone-in version called the cowboy steak, which features more meat extending beyond the eye area of the rib. The cowboy steak also features that characteristic tenderness and buttery taste of the ribeye.

In some places, chefs (mostly the amateurs) might call a steak cut a flank when it’s actually a skirt. The skirt specifically comes from the diaphragm muscles of the cow. The piece is long and thin, with lots of noticeable muscle fibers running along the width of the cut.

The skirt offers even a beefier taste than the flank, and it also works very well with marinades. If you’re marinading a skirt in your own kitchen, try red wine vinegar, Worcestershire sauce, orange juice, or balsamic vinegar.

This is among the priciest cuts, but then some absolutely love the tenderness of this steak. It comes from a long muscle that resembles a pencil, set deep inside the short loin. As cows don’t really use this muscle all that much, it’s very soft indeed.

As it is, the tenderloin isn’t actually overly flavorful. Instead, it’s very mild, but with a sort of buttery flavor. But chefs use this rather neutral flavor to show off their skills in seasoning the meat.

Like the ribeye, this also comes from the rib. But the prime rib has large sections of the rib bone, and with the extra bones, fat, and tissue, you get a lot more flavor.

Cook this at low temperature for a longer time. Some people at home prefer to prepare this, since they then have the time to prepare the side dishes as well.

How to Cook a Perfect Morton’s Ribeye Steak