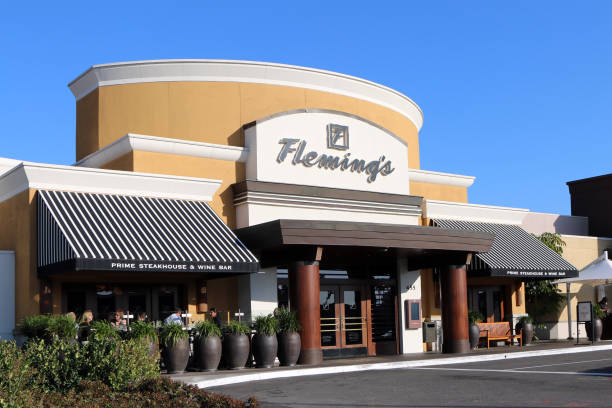 3 Steakhouse Chains That Are Actually Good

When it comes to steakhouses, it seems like the prevailing notion is that the chain restaurants aren’t as good as the more exclusive steakhouses with just a single location. One or two extra locations might be fine, but when the chain steakhouse has more than 50 locations across the nation, then it’s probably not as good.

It does feel like a counterintuitive notion. After all, aren’t more locations proof that the steakhouse is good? But many of the steak fanatics don’t agree. They cite the quality of food in the more popular fast-food joints as proof of this. Sure, the chain restaurants can have more locations, but that’s just because they’re popular. And they can be popular simply because they offer much lower prices, and not simply better steaks.

Still, there are some steakhouse chains out there that even steak purists might appreciate. These chain restaurants actually enhance the whole dining scene, and you’ll agree once you try them out yourself:

This has about 63 locations, scattered across 28 states. It started out in Newport Beach, but each location still gives off that upscale feel you generally associate with fine steakhouses.

You can start off your meal here with the excellent beef carpaccio, or you can go with the seafood tower piled with tuna poke, crab, and lobster tails. Get the steak you want, and agree with their suggested wine pairings, since they’re as serious about wine as they are about steaks.

Go with the fantastic bone-in filet mignon, or you can go with the dry-aged ribeyes. Either way, it’s great. make sure you get the jumbo crabmeat doused in béarnaise on the side, though the truffle-poached lobster is a fine alternative.

This (Capital Grille) has about the same number of locations as Fleming’s across 25 states plus one in DC and another in Mexico City. It was launched in curious circumstances back in 1990, starting with how it’s an upscale steakhouse located in a rather shady part of downtown Providence. Also, there was an ongoing recession at the time.

But it actually became popular among the political and business bigwigs in the area, and in about 7 years, this original location was earning $4 million each year.

It’s not really hard to understand the appeal of the steakhouse, once you get a taste of what they’re offering. When you have an expertly dry-aged New York strip au poivre or a 32-ounce dry-aged Porterhouse to chow down on. And those are just the simpler offerings.

If you’re feeling adventurous, you can go with the porcini-rubbed ribeye featuring some 15-year aged balsamic, or the coffee-rubbed dry-aged strip. Get the burrata with heirloom tomatoes, lobster mac, or the creamed sweet corn with bacon on the side, and you won’t care about being in a chain restaurant.

This has locations in Florida, Illinois, Maryland, Michigan, and Ohio, and you might consider yourself lucky if you live near one of these locations. The vibes here is quite relaxing, straight down in the middle between a fancy steakhouse on one end and a super-relaxing bar on the other end. You can get some lobster bisque featuring a whole claw here, or you can just go with some super-indulgent cheeseburger.

The Black Rock gets its name from the featured slab of volcanic rock that’s heated up to 755 degrees. It works as your own flat top grill, where you can prepare your tuna, lobster, baby back ribs, scallops, and of course, your favorite cut of Angus beef.

Just go with a New York strip or a filet, and then get some Burgundy mushrooms as well. That’ll do the job fine!